Nice Patios of the World – Outdoor Patio in Salvador, Brazil 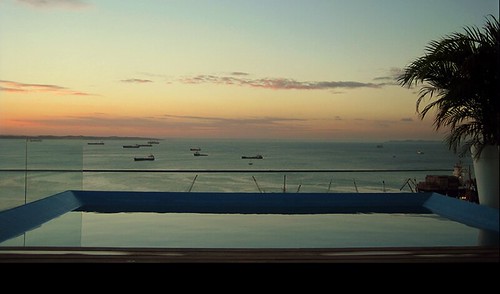 Brazil, country of the Samba, the Amazon and endless coast lines with sandy beaches and thousands of nice patios. To the centre of the east coast lies Salvador, one of Brazil’s large cities, with tons of colonial charme. It’s one of the oldest European settlements in South America, and will be host town for the FIFA soccer world cup in 2014.

Salvador is certainly not the first city that comes to mind when international tourists think about visiting the country. But it offers some interesting sites, like the largest outdoor market of the continent and wonderful outings to nearby resorts and fishing towns. Not to forget of course, the carnival! I have learned that it pretty much runs year round with all sorts of events. But it certainly peaks in February for the official celebrations, when this town goes completely nuts. Millions of people will fill streets and restaurant patios. 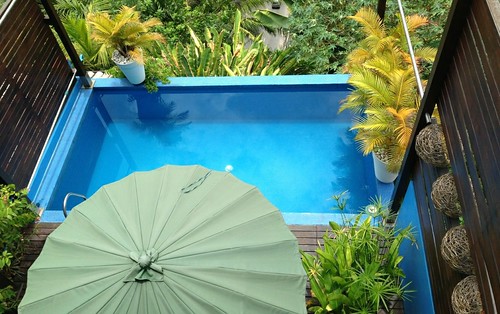 We are lounging on some cool patio furniture on the deck of the boutique Hotel Aram Yami. It is located on the top of the city’s old town, the Pelourinho. We overlook the enormous bay on which Salvador is situated. At the bottom lies the harbour where huge ocean cruisers are being loaded, quite the spectacle.

It’s hot out, so you might want to jump into your suite’s private infinity pool and leisurely float towards the sunset. You might prefer some fresh mango, pineapple or the native umbu. The fruit is absolutely delicious here, unbeatable in flavour. A caipirinha or caipiroska is also ready on the patio table next to your outdoor wicker deep seating chair. The drinks are made with lime and raw sugar, cachaca (local rum) or vodka complete the tasty refreshment. 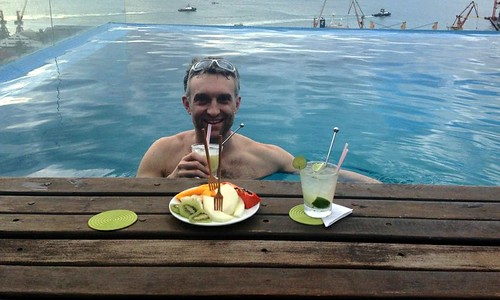 Time to relax and enjoy!